Sweet and delicious cinnamon rolls filled with cinnamon and brown sugar and topped with a vanilla and honey glaze. 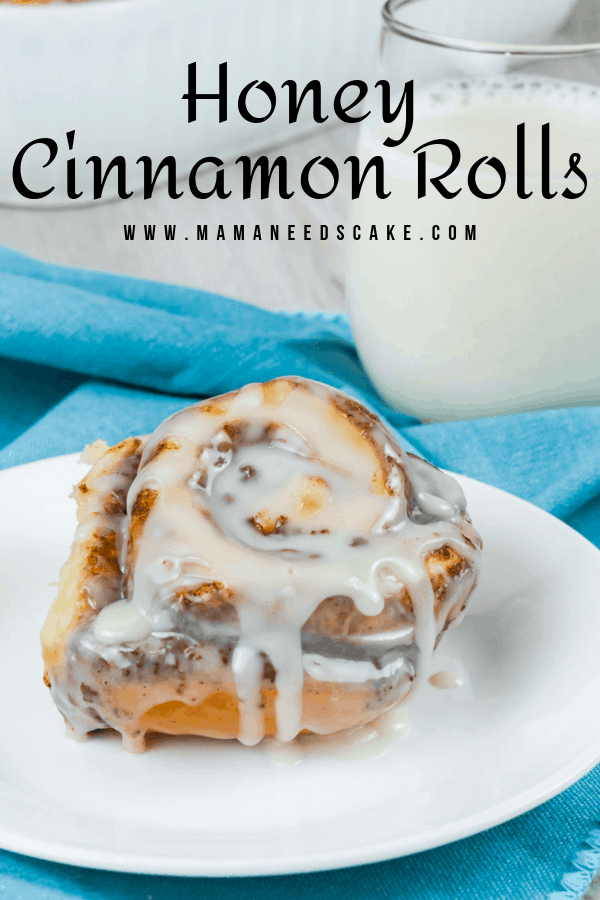 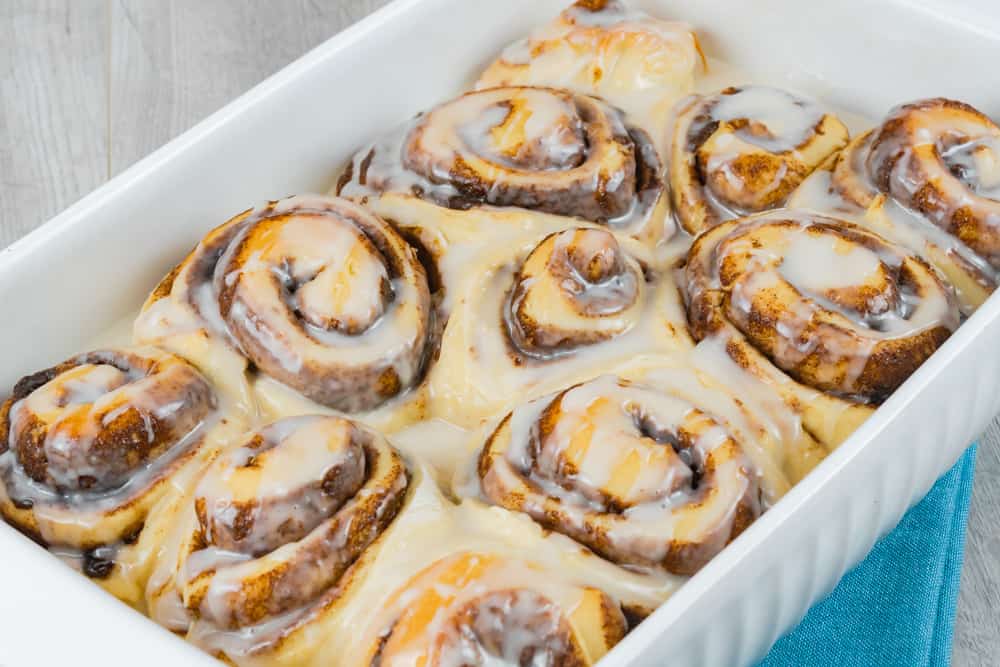 It’s important to make sure your yeast is alive and active or these cinnamon rolls will be a huge failure.  They dough be sticky, not doughy, will not rise, and they will not bake right.  It’s also important to use lukewarm water for this recipe because using milk too hot will kill the yeast and using milk too cold will not activate the yeast.  I always heat the cup of milk in the microwave in small increments and stir it once it’s out of the microwave.  I dip my finger into the milk to check how hot it is before I add my yeast and sugar to the mixture.

Allow 5 minutes for the yeast to get bubbly and foamy. If it does not get bubbly, then your yeast did not activate – simply start over with new yeast.

After adding the other dough ingredients into the mixture, then make sure to work the dough into a ball and work it until the dough is no longer sticky when touched.  Allow the dough to sit for an hour and allow it to double in size. 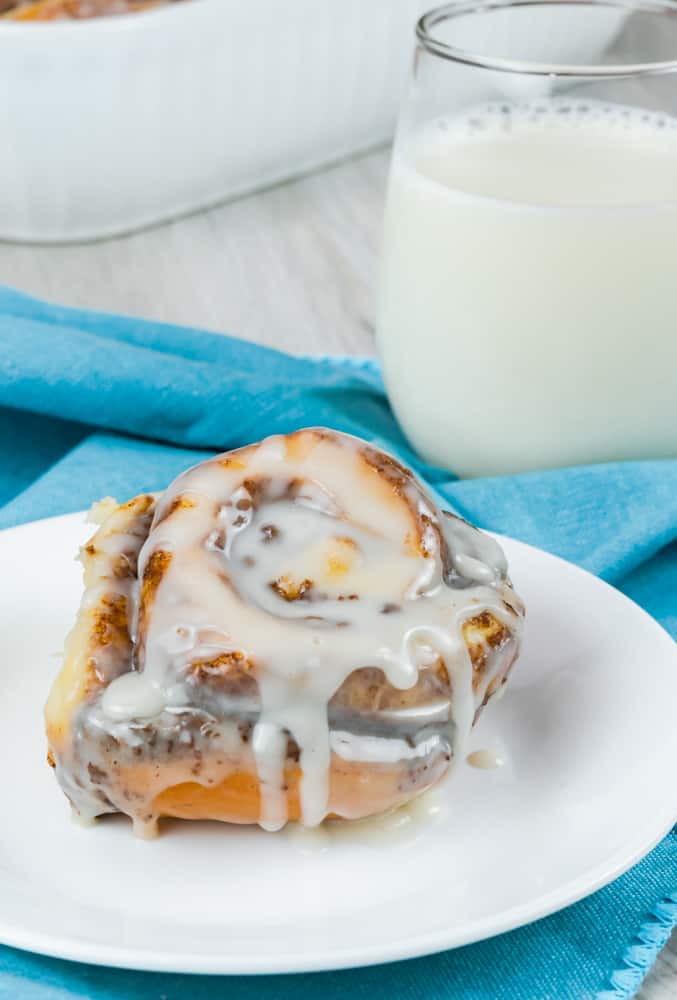 Proofing the Dough in the Pressure Cooker!

Pressure cookers aren’t just for pressure cooking food!  They also work to speed up the process of proofing dough!  I put my dough onto parchment paper, place it down in the pot on the trivet and place a plate on top of the pot.  I press my yogurt butten and set it 30 minutes.  Voila!  The dough has proofed in half the time the traditional way!  It’s also a great way to proof dough if your house is cool and drafty.

I don’t like to chance my dough sticking so I always take preventive measures to ensure everything goes smooth.  I lay a piece of parchment paper on my table, sprinkle it with a small amount of cornstarch.  I place my dough ball on the parchment paper, sprinkle with another small amount of cornstarch and then I roll my dough out into a long rectangular shape.  Once that is done, I spread my cinnamon filling and spread it out evenly.  I leave about an inch of the dough untouched by the filling.  I then roll the dough up starting at the short side of the dough. 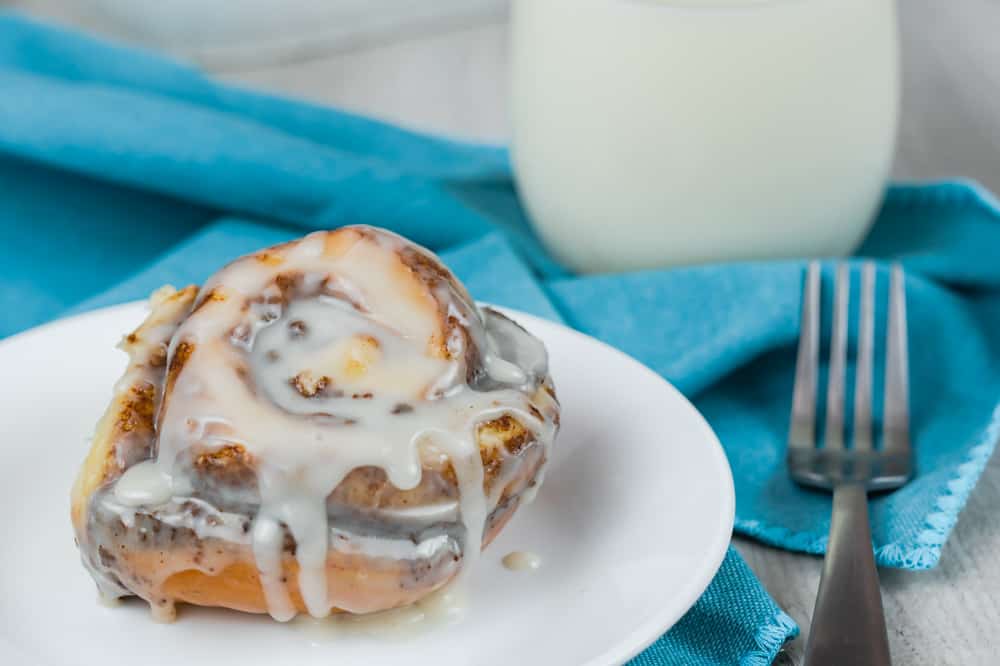 A very useful tip is to use floss to cut your cinnamon rolls, this helps them keep their shape and the floss slices right through!  If you don’t have any floss on hand, you can also use a pizza cutter but you may need to reshape your dough back into a circular shape.

I always lightly grease my 13×9 baking dish before I add my cinnamon rolls.  It makes them easier to remove because you don’t have to worry about them sticking! If you want your Honey Cinnamon Rolls to be tall and fluffy, make sure they’re touching when placing them into the baking dish.  This will force them to push up instead of out… don’t worry, they’ll still be huge!

After I allow the cinnamon rolls to cool for at least 5 minutes, I add the honey vanilla glaze.  I always make sure that the cinnamon rolls are cool to the touch so that the glaze doesn’t melt down in the rolls but instead glazes the tops and spreads smoothly. 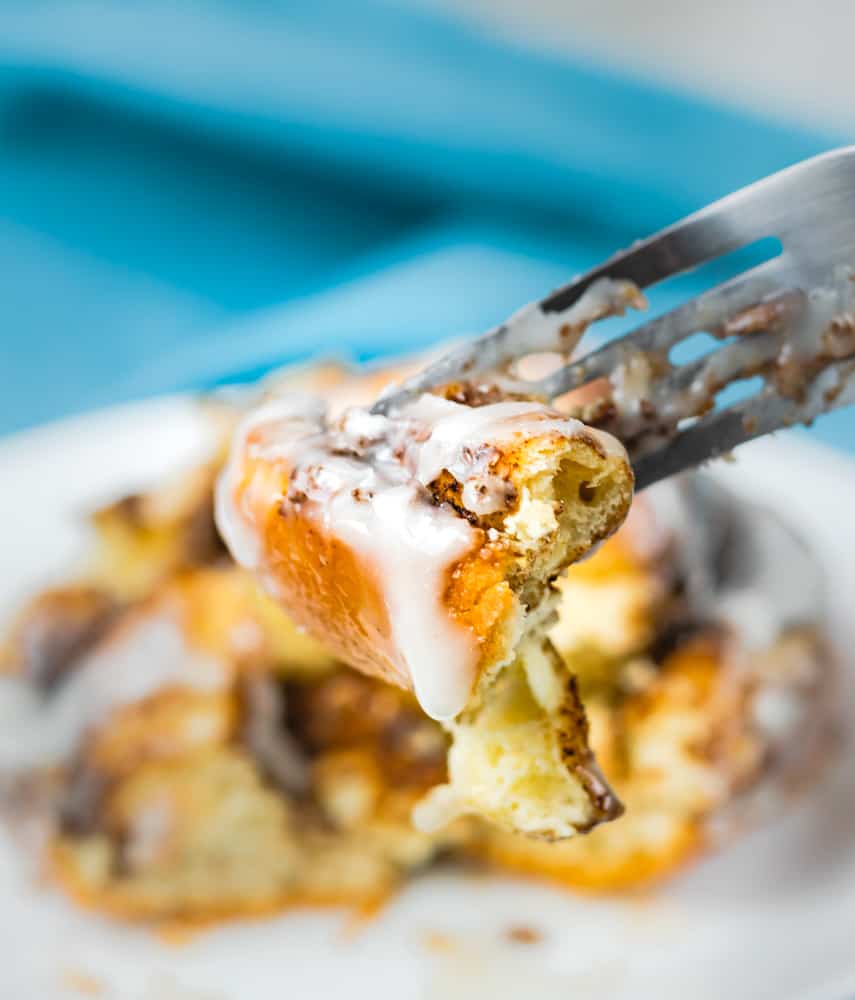 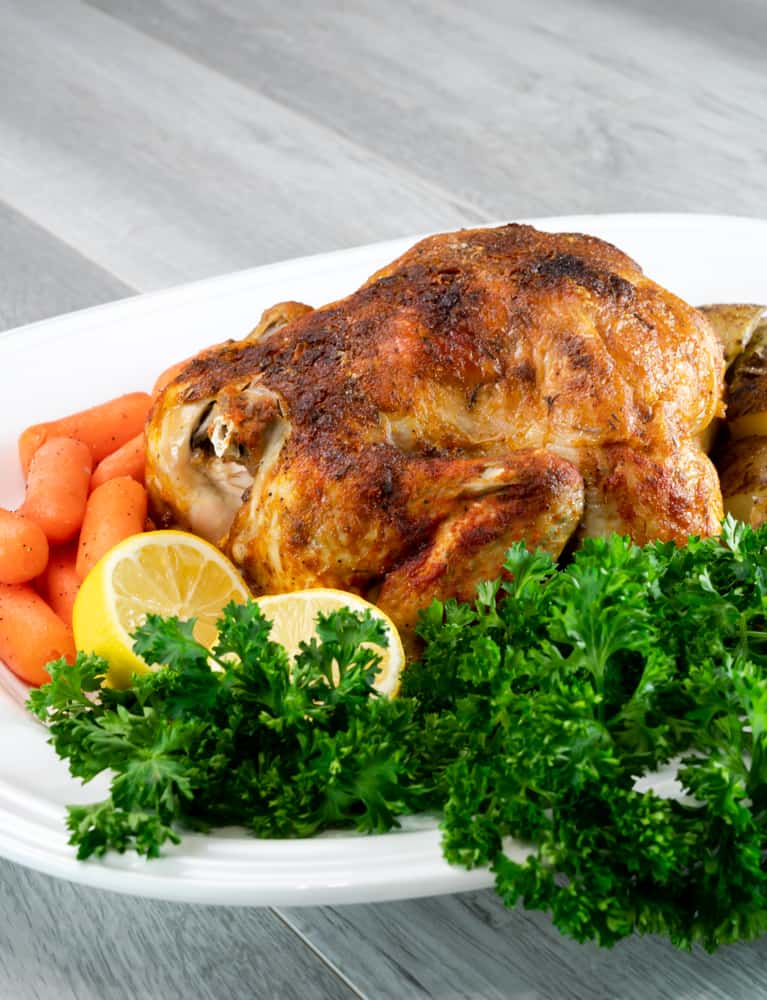